Tangles of strands - a theory of everything?

Since five decades, the 9 lines summarizing textbook physics as a combination of general relativity and the standard model provide a complete theory of nature. The 9 lines thus seem to be a candidate for a "theory of everything." However:
(1) Even though the 9 lines contain all natural sciences, they don't contain "everything".
(2) There are too many lines.
(3) The last 4 lines with their seemingly arbitrary choices for coupling constants, particle masses and more are not understood.
Therefore, the 9 lines are a complete theory, but not a unified one.

A "theory of everything" does not exist, as explained below. A unified theory does.

Strand predictions are clear and testable: first, no new physics will be observed, and secondly, fundamental constants can be calculated.

Publications are at graduate student level. Ideas are accessible.

The strand conjecture reproduces general relativity and the full standard model, including the particle spectrum, the interaction spectrum and the gauge groups. Read more here.

The strand conjecture predicts to reproduce the values of the fundamental constants: particle masses, mixing angles and coupling constants. This allows testing the conjecture.

The strand conjecture predicts the lack of physics beyond the standard model and beyond general relativity. This implies hundreds of ongoing and future experimental tests.

These and all other predictions derive from the fundamental principle.

All conclusions and predictions agree with experiment.

None of the predictions is made by any other candidate conjecture.

Nothing unexplained is left over in fundamental physics.

Calculations of fundamental constants of the standard model are not yet precise.

The strand conjecture cannot predict human behaviour. It is not a theory of everything. Instead, the strand model is a candidate for a unified description of motion.

No hype possible: No new effects. No myth. Not a paradigm shift. Not a big deal.

No misuse possible: No new power. No new weapons. No secret knowledge. No new age nonsense. No salvation. No eternal bliss. Not mystical. Not magic. Not a holy grail.

Pretty: Just a few lines that fit on a T-shirt.

Simple: A mix of topology, geometry and algebra. Accessible at science student level.

A Tiny Theory. In fact, as long as experiments confirm it, the strand tangle model, with its simple fundamental principle, is the tiniest known theory.

The answer to every question about nature is the fundamental principle. Or, equivalently: "The Dirac trick at the Planck scale." The strand tangle model thus leads physicists to talk about nature like the smurfs (puffi/schtroumpfs/Schlümpfe/smurfen) do: they (almost) only use the word "smurf" in their conversation.

Indeed, since the beginning in 1958, smurf has been the acronym for
"strand model: unified, rigorous, final". 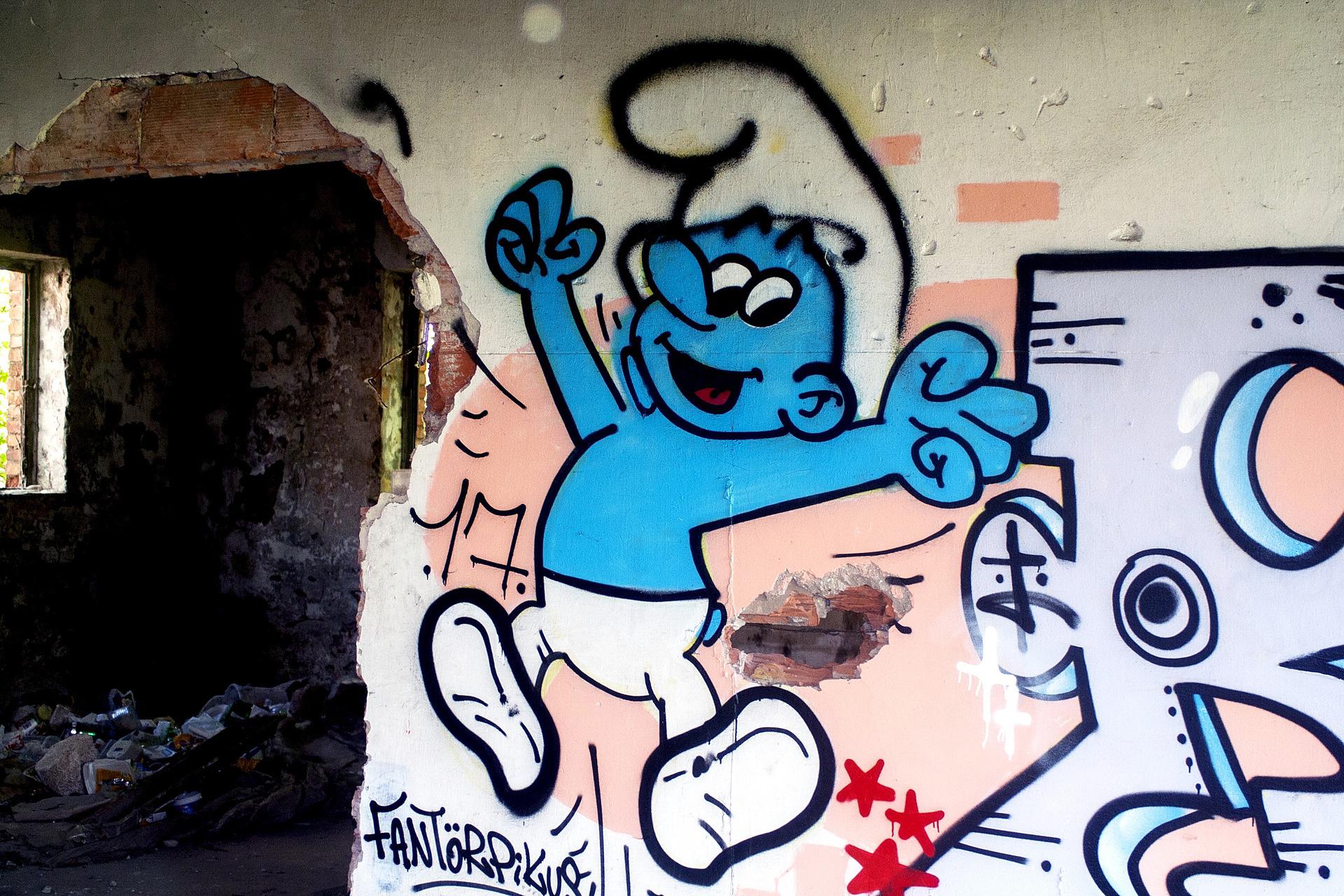 The strand conjecture promises to be a unified description of motion. 'Unified' means that it describes all motion, with full precision, with just one principle. A 'description' is the result of observation. The term differs from the more sensational ones used in related fields. The expression 'grand unified theory' is used for a group of older research approaches that were neither grand, nor unified, nor theories. The term 'final theory' is reserved for titles of mediocre books and games. Expressions starting with 'super...' are used for unsuccessful attempts from the past. The term 'world formula' is reserved for misleading theatre plays – and for calculating the optimal way to park a car backwards. The term 'theory of everything' is used for unsuccessful esoteric healing attempts, and for titles of mediocre films. In contrast, the expression 'unified description of motion' is correct – so far. It is also sober enough to keep it from ever appearing or being misused in mass media headlines.